The gig economy is "a labour market characterised by the prevalence of short-term contracts or freelance work, as opposed to permanent jobs”. In other words, it is very removed from any traditional notions of employment and subsequently the historical HR functions [...] 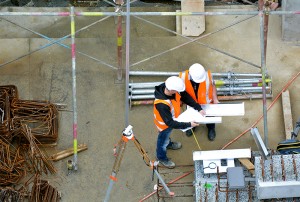 The gig economy is “a labour market characterised by the prevalence of short-term contracts or freelance work, as opposed to permanent jobs”. In other words, it is very removed from any traditional notions of employment and subsequently the historical HR functions. And yet it would be negligent and foolhardy were HR to ignore this growing trend; regardless of how you feel about these short-term contracts or freelancers, the sheer size and growth of the gig economy means it demands our attention.

Currently, it is estimated that here in the UK at least five million people are employed in this way, with The Office of National Statistics (ONS) predicting by 2020 it will be worth £9bn.

Before exploring what this means for HR, I think it is worth noting that this growth, like the ripples of the pond, has multiple and far-reaching consequences. HMRC has already expressed concern about how this could impact public funds, and therefore government spending, given the fact that self-employment typically yields a lower return on both taxes and national insurance contributions, with the Office for Budget Responsibility estimating that if the gig economy continues at the current rate,  it will have cost the Treasury £3.5bn by 2020-21

And are such workers truly self- employed? A London employment tribunal recently ruled that Uber drivers should be classed as workers rather than independent contractors and last year some couriers for Deliveroo expressed plans to gain union recognition and worker rights.

While some gig workers choose the format because it offers flexibility and the chance to make some extra cash, it does leave employees vulnerable and at risk. Self-employment means no sick pay, no maternity pay, or other benefits and it can, and has, led to employers seeing it as simply a cheap way to employ people. Such is the ambiguity, that there have been calls made on the government to get involved and clarify the law, while a recent Institute of Directors (IoD) survey highlighted the fact that one-third of business leaders were unsure about the statutory definitions and the majority said they’d welcome clearer terminology.

However, in PwC’s report “The future of work”, we see that while many HR professionals expect to see at least 20% of their workforce to be contractors and temporary workers, less than a third are basing their strategies on this eventuality.

It is also worth noting that while we often think of ‘gig’ job as delivery-type positions, the Resolution Foundation’s findings suggest that the gig jobs that have seen the highest growth rate over the past 10 years are in typically well-paid sectors. Banking saw a 60% increase, public administration 90% and advertising 100%.

HR should be responding to this and technology sure can play a huge role in how HR can and should adapt. Part of this is having a technology platform that supports a flexible hiring process, can produce data that identifies skills gaps, while also continuing to provide traditional HR services. Other recommendations include making contractors part of your TA strategy, treating temps like full-time employees, creating an alumni network, one you can dip in and out of as needed.

It will also be imperative that you have a fast and efficient onboarding process, in part so that you can get everyone working as quickly and as smoothly as possible. SumTotal’s Onboarding solution connects multiple processes in one intuitive place, from the welcome letter, forms and first day schedule to recommended learning and collaboration with peers and mentors. From this then it is easy to monitor and manage all employees, irrespective of their employment status.

And as the ‘gig’ economy continues to flourish, it will be this flexibility around employment that will only grow in importance and relevance.