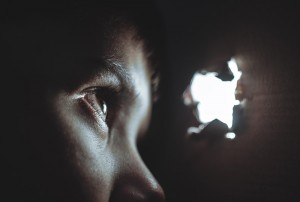 During a recent live BBC interview with international relations expert Professor Robert Kelly, on the possible impeachment of the South Korean president, two children suddenly burst into view.  Despite the interruption, Professor Kelly tries to continue with the interview, but it is clear that the news anchor has lost all interest in the subject and instead can’t help but focus on the source of the interruption.

Within hours, the clip went viral.

The video raises several questions about parenting styles, working with children, and perhaps most significantly, why everyone assumed the woman who followed the kids into the room and frantically rounded them up was the nanny?

This assumption, has everyone pointing fingers at one another and some commentators going so far as to suggest that we are all guilty of stereotyping. The family themselves aren’t too bothered, and when interviewed, en masse this time, they simply laughed it off. But it does serve as a stark reminder that no matter how open minded or non-judgemental we may feel, we do tend to categorize people.

In the workplace, this can lead to manager bias whereby a person is treated differently because of their age, race, ethnicity, or gender. This bias, or “blinder,” can be a huge challenge for organizations around the globe.

The question therefore is what measures can an organization take to ensure that the “blinders,” whether conscious or unconscious, are removed from workforce decisions?

The answer is technology. We all need to be using smart, common-sense technology to connect ‘people’ data to ‘numbers’ data and then basing decisions on this, rather than human instinct.

A simple example of this is to leverage a workforce management capability like occurrence tracking. Occurrence tracking gives managers, at their fingertips, objective data that removes subjectivity from tasks like performance reviews by including information like number of absences, how many times they helped their peers with shift trades and so forth.

Another example is scheduling. From within scheduling, managers can leverage capabilities to assign tasks by seniority, skill, and certification rather than selecting an employee because the supervisor is friends with them.

Additionally, providing employees with the self-service capability allows them to indicate their availability and therefore have a say in the schedule, rather than leaving it to a manager’s assumptions. Such assumptions can lead to bias if, for example, a manager decides that a student cannot do an early morning shift because of school.

With “blinders-free” data, managers can not only make decisions that are unbiased and based on fact rather than opinion, it also provides them with tangible evidence for any decisions. As the BBC video shows, we have a long way to go before we can completely and accurately say that bias no longer exists. But in the meantime, we can continue to use technology to progress and move toward a “blinder-free” workplace.

Read about some other trends and continue the conversation with us by requesting a demo.

Melissa Albanes is a Solutions Architect with SumTotal. She has a special interest in how tech trends and Big Data are changing the HR landscape—particularly in terms of Learning, Talen ...